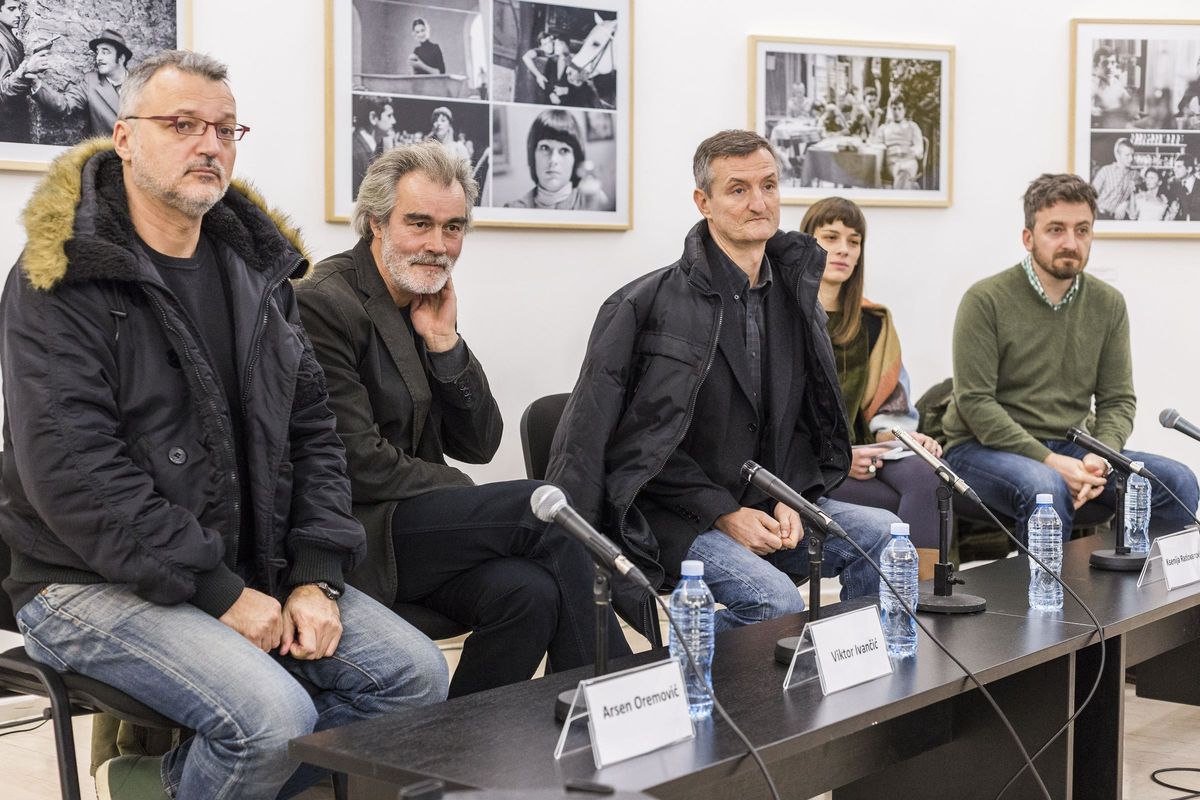 On the fourth day of the Free Zone film festival, the audience had the honour of attending the premiere of the domestic movie, Legacy, for which the tickets were sold-out in the hall of Dom Omladine. The movie is directed by Ivan Jović and it also marks the beginning of his festival life. A film story without a narrator, a historian and without archive footage, immersed into the clear immediacy of live testimonies, transmits the silent voices of the victims of World War II on the territory of the Independent State of Croatia.

After the premiere screening of the movie, The Third, directed by the Croatian director Arsen Oremović, this year’s third Night Conversations were held in the hall of Belgrade’s Cultural Center. On this evening, the guests of Ivan Milenković, the editor of Night Conversations, were the director Arsen Oremović; Viktor Ivančić who is a journalist, a writer and also this year’s guest selector at the Free Zone; journalist Slobodan Georgijev and Ksenija Radovanović from the Ministry of Planning and the initiative under the name- Do not Give/Drown Belgrade.

Just a few years after the state became independent, while the scent of gunpowder from the recent wars could still be smelled in the air, Croatian national football team won the third place at the World Cup in France. It turned out that it was precisely football, including the legendary football player Davor Šuker, that was polluted, corrupted and prone to corruption in such a measure that it seemed that neither the society, nor the state didn’t possess, not only the strength to oppose the spread of sick cells of the Croatian football, but it appears that that logic of football disease has been spreading throughout society and state.

According to the moderator Ivan Milenković, when nations from former Yugoslavia gather in the same room, the first question that is practically mandatory is-who has it worse? Geogrijev pointed out that Serbia is in a more dramatic state than Croatia, stating that the football stands have been a subject of clear political instrumentalisation for 25 years already, and adding that this was a clear indication of the weaknesses of democratic institutions. According to him, hooliganism cannot be handled, because football fans are perceived as “guardians of nationalism”, and for that reason the act of insulting opponents is never condemned.

The film director, Arsen Oremović, also expressed criticism, having pointed out that in situations like these where the corruption in institutions is omnipresent, the only solution might be going out on streets. Football is a problem with which people easily identify themselves, and if they are not able to go out to the streets, because of that problem, then how will they rebel against some more serious ones.

Viktor Ivančić, who had claimed himself to be a “ nationally non-affiliated Yugoslav“ at the beginning of the talk, raises the question about what kind of patriotism actually helps the country? Is it the one in which we act as „savages“, or the one where we act as “ordinary, peaceful citizens“? He had reminded us of the incident with the sister-in-law at the last year’s match of Croatia against Italy, and added how he wasn’t concerned about that act which he sees as pure activism whose aim it was to inflict as much damage as possible to the Croatian Football Federation, and by doing so, to the state administration as well.

Ksenija Radovanović states that the word “national“ is used as a resource for the use of the flow of public money into private pockets. She adds that when the projects are marked as projects of national importance, it is much more difficult to point out its shorcomings, because anyone who oposses is labelled as the enemy of the state.

Tomorrow, after the screening of the movie The Cursed Ones by the Syrian director Liva Jazi, the last in the series of Night Conversations at the 12th film festival of the Free Zone will be held in the hall of Belgrade’s Cultural Centre. Guests will try to say what is left of Syria and who remained in it? How could Syria even happen and does that ruined country have any chance of a future.