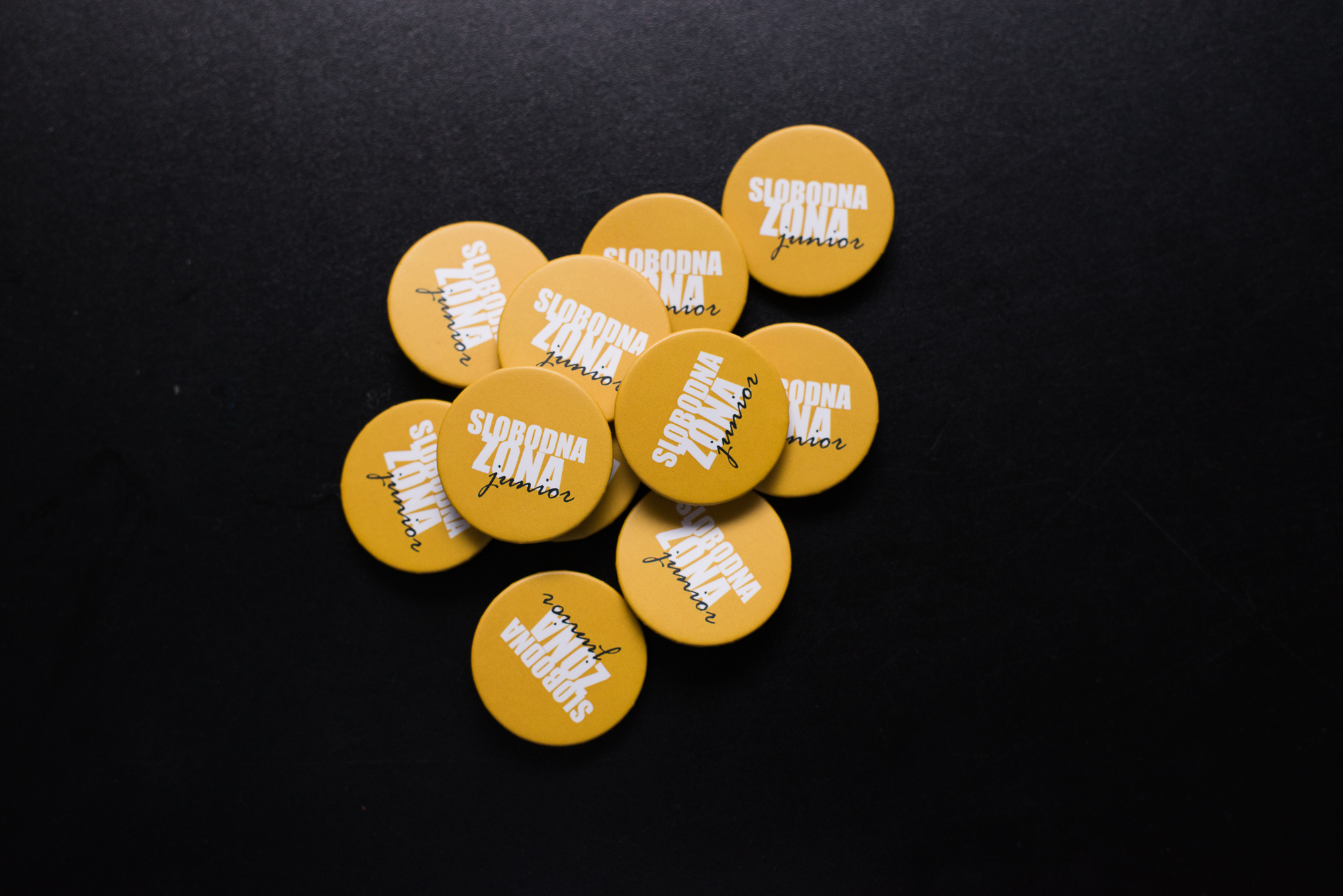 Program Free zone Junior was created in 2006 with an aim to initiate dialogue and expand knowledge in Serbia on current social and political issues across the globe, as well as contribute to development of critical thinking among the youth though usage of engaged films in education, and increase their media literacy, tolerance, and deconstruction of prejudice and stereotype.

The program has grown over the years, and today it encompasses activities in elementary and high schools and universities, as well as extracurricular programs for high school students.

After many years of working in elementary and high school education, methodology of working with film as educative tool was introduced also in university education in 2016/2017.

Namely, as part of study program of master academic studies by Center for education of teachers at Faculty of Philosophy in Belgrade, a new subject “Film in education” has been accredited and is being realized. As part of this program, we have published also a manual for students, based on Czech example of usage of film at university level. This program is part of the project realized in partnership with an organization People in Need.

Within the program Free zone Junior, Fund B92 has so far worked with over 60 high schools students from Serbia and region, which had had the opportunity to learn how to realize their ideas into films with the support of professionals.

Project Free zone Junior and Fund B92, as film producer, were awarded in 2010 by Ministry of labor and social policy in category “Best documentary film or TV show on sexual and gender based violence” for film by then 17-year old film Nikola Polic, who developed his idea and made a film within this project. In addition, documentary films made by participants of Free zone Junior project were awarded on numerous festivals in region.

Young Audience Award, which was established by European film academy, is being organized in Serbia in cooperation with Free zone Junior since 2017. Young Audience Award is prestigious film event for elementary school students age 12 – 14 which is organized every spring and simultaneously in more than 30 cities across Europe with the goal to develop the youth’s interest in European stories, increase their awareness on relevant social issues, and encourage the feeling of solidarity, understanding and tolerance.

In 2020, we continue to work on the projects mentioned above and develop new ones, with great enthusiasm and persuasion in the enrichment of education through the use of innovative and creative teaching tools.