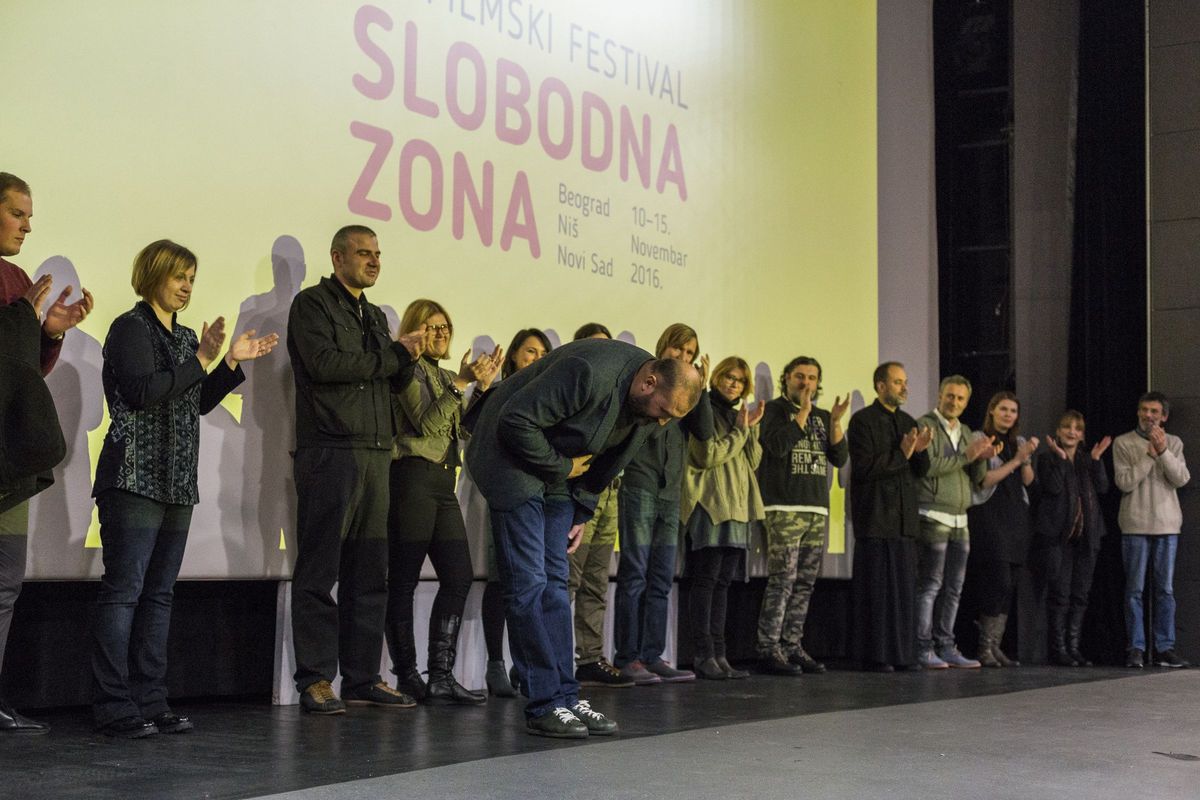 The new film The Legacy by Ivan Jović was screened for the first time last night within the regional programme of the Free Zone Film Festival. The film is a capital documentary project where hundreds of survived inmates testify the Holocaust during the Second World War in the Independent State of Croatia. People sought extra tickets for this one of a kind film monument to the victims of Jasenovac and after the screening, some of the characters in Jović’s film took a bow in front of the full hall of Dom omladine, so this moment was one of the most emotional ones during the whole festival.

Fire at Sea was sold out for the second time, and Endless Poetry filled out the hall of the Cultural Centre of Belgrade to its last seat as it was expected.

On the fourth day of the festival the audience had the opportunity to enter the magical, poetic and grotesque world of Aleksandar Hodorovski, through his autobiographical work Endless Poetry. Beside the film Neruda, which was screened on the opening of the festival, the film illuminated another poet, as well as another side of the Chilean history and the sensation of the world. Hodorovski talks about his own life with a touching and visually striking language, reaching out to the viewers who encounter his creation for the first time. This film liberates the author in his youth, as well as each individual, in order to understand that life makes sense only if you live it.

Another Night conversations were held in the hall of the Cultural Centre of Belgrade, after the screening of the film Third Best by the Croatian director Arsen Oremović. Ivan Milenković’s guests were the director Arsen Oremović, the journalist and writer Viktor Ivančić, the journalist Slobodan Georgiev and Ksenija Radovanović from the Ministry of planning and Initiatives Don’t Drown Belgrade.

When the people from Ex-Yugoslavia are in the same room, the first thing to discuss is who is in worse position, as the moderator Ivan Milenović says. Georgiev highlights that the situation in Serbia is more dramatic than in Croatia, stating that football terraces have been a medium of pure political instumentalization for 25 years. He also added that this is a clear indicator of the weakness of democratic institutions. His opinion is that we can’t cope with hooliganism because the fans are perceived as “the Guardians of the Nation” and therefore offending the rival is never being deprecated. Viktor Ivančić reminded us of the incident on the game between Croatia and Italy last year and added that he was not worried for that act, which he rated as pure activism, and that has a goal to cause as much damage as possible to the Croatian Football Federation, and therefore the whole state management.

On Monday on the programme of the Free Zone we await the rescreening of the films Lo and Behold, Sing Street and Under the Sun which have already caused great interest of the audience. After the film Haunted, by the Syrian director Liwaa Yazji, the latest in the series of Night conversations will be held within the twelfth edition of the Free Zone Film Festival. The guests will talk about what is left in Syria and who remained there. How could’ve Syria even happened and does this destroyed country stand any chance in the future?