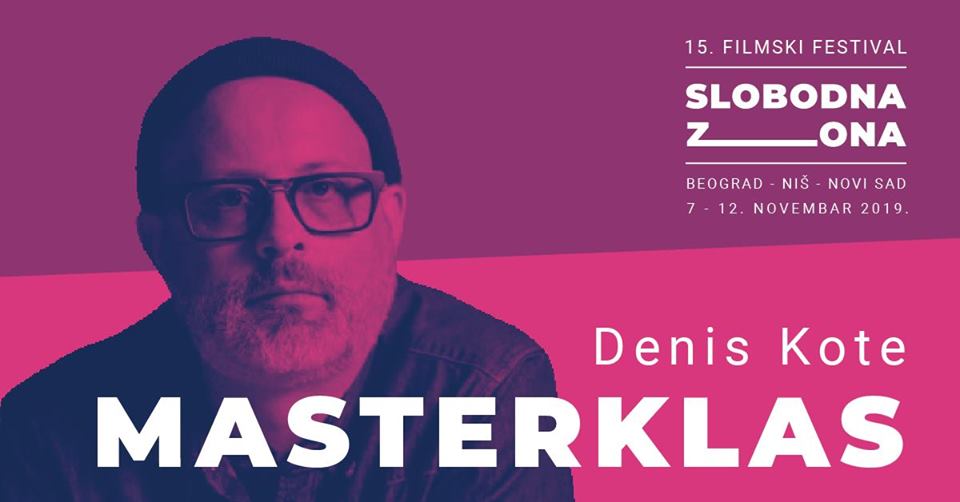 November 9 at 5 p.m. (after the screening of the movie Wilcox)

The master class is led by: Dragan Dimčić, Associated Professor at the Faculty of Dramatic Arts in Belgrade.

Denis Côté is one of Canada’s most acclaimed directors of a new generation. He began his career as a film critic and short film director. Although known for working with modest budgets, he manages to create high quality films and to achieve success at the world’s major film festivals. In 2005, his first feature film, Drifting States, won the Golden Leopard in Locarno.

This year is marked by two of his films: Ghost Town Anthology (premiered at Berlinale) and Wilcox (Locarno), which attracted the attention of both critics and audiences. Constantly in search for new themes and ways of expression, Côté has made two very different films, but with his distinctive mark. It reminded us of his similar achievements from 10 years ago: the film Carcasses premiered in Cannes, and one year later, his most acclaimed film, Curling, for which he won the Best Director Award in Locarno. This is what inspired us to make this selection precisely from these four films, which represent his two basic approaches to film — Docufiction (Wilcox and Carcasses) and “shifting” fiction (Ghost Town Anthology and Curling).

Cold Canadian suburbs, marginalized eccentric and depressing people, unusual relationships and situations run through the films of this esteemed director who, with each new film, goes even further into exploring the human psyche and soul, experimenting in dramatic, genre and formal terms, creating powerful films with courageous political views.

In the years between the release of the films Carcasses (2009) and Wilcox (2019), he made seven feature and documentary films, continuing to play with form and style. What changed in those 10 years? How to make an author movie and survive in the industry? How to make an outsider movie and survive outside the industry? These four films open these and similar questions, but also provide answers themselves, and the audience will be able to hear more about Denis Côté’s master class entitled: Docufiction —Deconstruction of a Methodology, led by Dragan Dimčić, Associated Professor at the Faculty of Dramatic Arts in Belgrade. The lecture will be held in English and is free for anyone who applies.

If you want to attend the class, online registration is required.