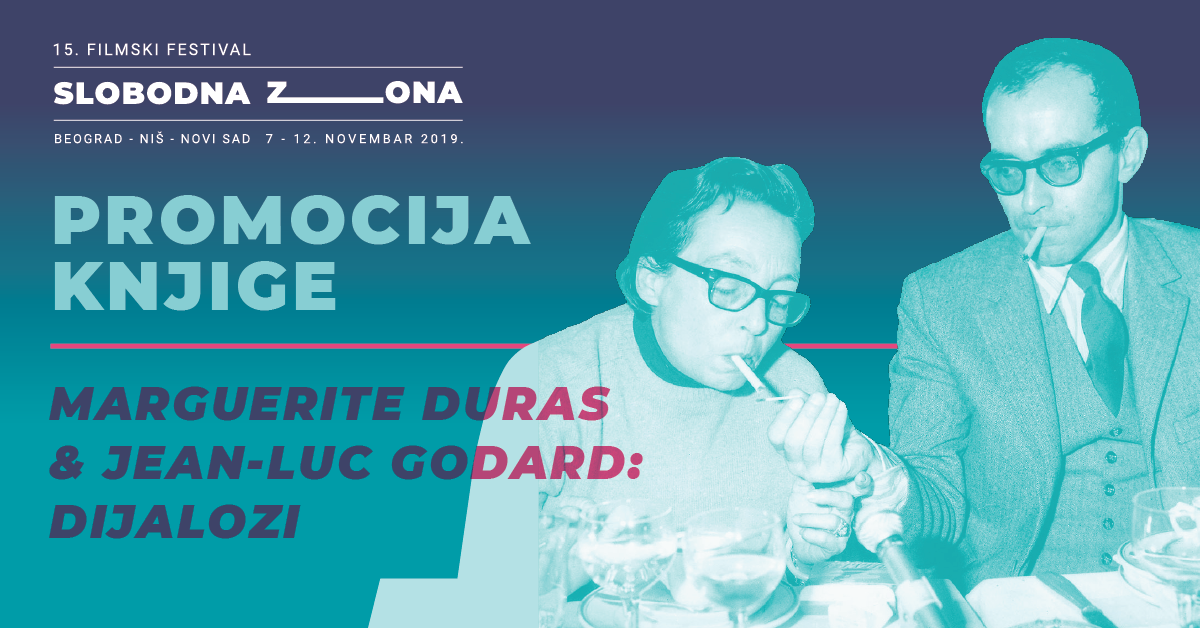 Participants: Petar Milat, publisher of MAMA Zagreb, Nina Pokrajac, editor of the edition and Milica Vinaver-Ković, Assistant Professor at the Faculty of Philology in Belgrade.

The three dialogues between Marguerite Duras and Jean-Luc Godard assembled in this book represent a conversation begun in 1979 (the first dialogue regarding a Godard’s film Sauve qui peut), continued in 1980 (the second dialogue, regarding a film project on incest) and ended in 1987 (the third dialogue for the TV show Océaniques). In a 1997 interview, Godard says that he has known her for two or three years, and that statement inspired title of his film: Two or Three Things I Know About Her. During these encounters, they discuss two or three things that help them think; their second encounter occurs after they both have published proceedings of their reflections on the film: Duras with her book Green Eyes, and Godard with his Introduction to a True History of Cinema and Television.