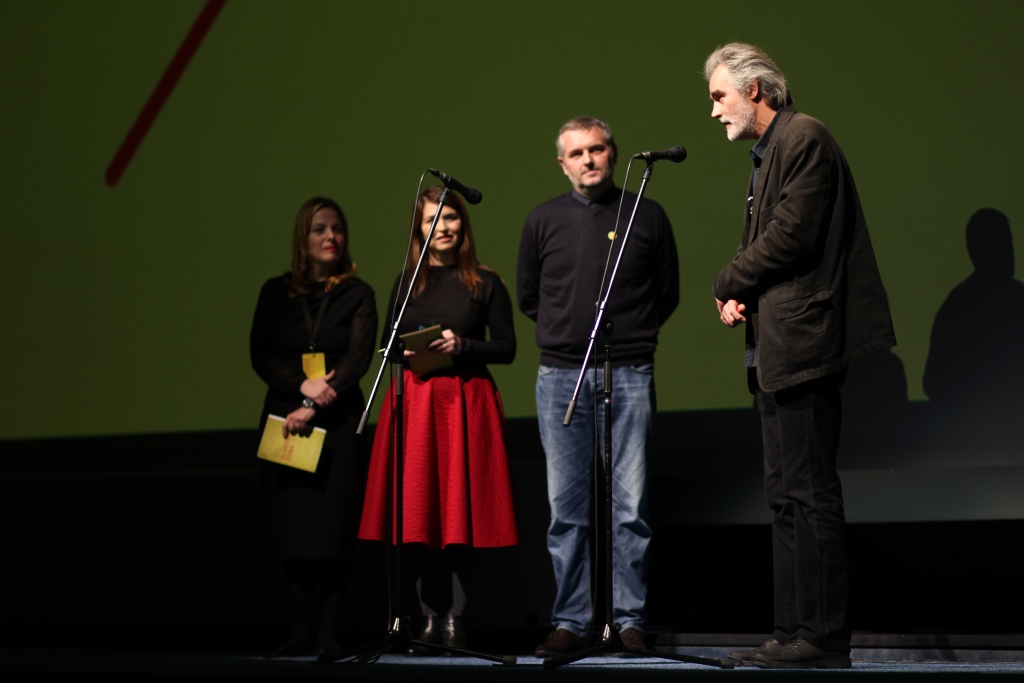 Free Zone Film Festival began yesterday its 12th edition in Belgrade, Novi Sad and Nis with the film “Neruda” directed by Chilean director Pablo Larraín, and was opened by this year’s guest selector, Split journalist and writer Viktor Ivancic, with the message about the importance of solidarity and social justice.

Welcoming the audience in the name of “fraternal, Croatian people”, Ivancic before full Sava Center thanked Free Zone for all they have done the last 12 years, noting that this shows that “social engagement makes a lot of sense”.

Presenting the film which opens this year’s festival about the dissident years of the Chilean poet, Nobel laureate and leftist, Pablo Neruda, Ivancic said that this achievement “is about a communist and a police officer who is pursuing him, sometimes as an illusion, sometimes as a reality” and that we “with a little malice, our actual situation could perhaps be interpreted in reverse key” – if we compare police officer with capitalism, which is “constantly haunted by communism as a fiction which, as a constant threat, is the alibi for continuing repression”.

Ivancic wished the audience of Free Zone to catch up with the specter of communism, but not as a totalitarian achievement, but as a pure idea of human solidarity and social justice.

Co selector of Free Zone Branka Pavlovic invited the audience to watch fifty films till 15th of November which, she said, testify the strength and vitality of the human spirit despite the circumstances, personal and social restrictions, wars, repression and dictatorship.

Regional programme selector Biljana Tutorov said that 17 films from neighboring countries, some of which have already been awarded, and some just starting their lives on Free Zone, need to open an additional space of dialogue and reconciliation in the region, which previous decades “suffered much.”

Free Zone this year becomes a competitive festival, and members of the jury who will judge the films in the international and regional competition, award a prize Human rights, and also prize for the best film in the 14+, dedicated to teenagers. Members of the jury were presented by the director and selector Rajko Petrovic.

Stating that he and Branka Pavlovic rounded one phase in the history of the Free Zone, Petrovic said that he and Biljana Tutorov are starting a new cycle.

The award for the best regional film will award jury consisting of film and series editor of programs on RTV Montenegro Vuk Perovic, founder of the Underhill festival in Podgorica, director and editor Jelena Maksimovic from Belgrade and editor of the documentary program on Al Jazeera Balkans Lejla Dedic, and by the decision of Veton Nurkolarija, artistic director of the Prizren DokuFest, journalist of the weekly “Vreme” Tamara Skrozza and historian, publicist and writer Dragan Markovina from Split, will be awarded the Jury Prize Human Rights.

In addition to the award for the best film of selection 14+ (high school jury), traditionally will be awarded the Audience Award, which will decide the films that will be on tour in Serbia next year, as well as the prize for the audience – intended for the author of the best reviews of some of the showed films.

With 50 feature and documentary films that the audience will be able to look at the Belgrade Cultural Centre, Youth Centre, Yugoslav Cinematheque and Art Kolarac theater, as well as in the Nis Cultural Center and cinema “Vilin grad” of Nis, and in the Arena Cineplex in Novi Sad; 12th Free Zone also offers a varied accompanying program, oted to dialogue on sensitive topics and motives behind the engaged films.

Night talks will be held in the lobby of Belgrade Cultural Centre, while the new program Coffee with the authors provided every day from noon in the house of music Metropolis. Transmedial program Cross-media zone includes 13 titles that combine activism and modern digital technology with film expression. Program Master Class will focus on importance, opportunities and future of engaged transmedia production and distribution.